From www.history.com …”General Douglas MacArthur and other top military commanders favored continuing the conventional bombing of Japan already in effect and following up with a massive invasion, codenamed “Operation Downfall.” They advised Truman that such an invasion would result in U.S. casualties of up to 1 million….”

As a USAF Viet Nam era pilot, son of a USAF Chaplain, who also served as a USN quartermaster during WWII, Grandson of a USN Officer, an uncle, also a veteran of the US Navy and a brother who also served in the USAF, I feel it necessary to take a few minutes to remind my readers about the sacrifices all Americans faced during the time of WWII.

The current occupant of the White House has made a recent trip to visit Viet Nam and then an apology tour and speech in Hiroshima, Japan. For some strange reason, that I can not fathom, he somehow continues to rewrite history.  While I cannot subject you to a retelling of the many horrors that not only our military faced, especially in the Pacific region of this terrible war, I can recommend that you educate yourself a little about the necessity of the 2 deadly bombs that were dropped in Japan.  This courageous action, directed by democratic president Harry Truman, certainly saved many more thousands, maybe millions of allied troops and hundreds of thousands of Japanese that would have been directed to fight to the death by their leaders.

I have travelled to many places in Asia, recently stopping in Viet Nam, Thailand and Singapore.  The people of Singapore were virtually wiped out by the occupying Japanese.  While the current Japanese undoubtedly do not belong in the same class of people as their forefathers that conducted this barbaric war, that does not mean that we owe them an apology.  Rather, for generations, it is my belief, that they and the German people continue to owe an apology to the world for the barbaric actions of their fathers, grandfathers, etc.

On a personal note, I served as a pilot during the Viet Nam Era, and met several pilots who were unwilling guests of the Vietnamese people.  Their treatment by their captives was brutal beyond belief.  And yet, as horrific as it was, it did not even come close to the treatment that was subjected on the POW’s held by the Japanese.

I have truly benefited by my travels to China, Japan, Hong Kong, Viet Nam, Singapore, Thailand, Korea and Sri Lanka.  I have met incredibly beautiful people and loved my experiences.  However, regarding especially the Japanese and Vietnamese people, it is very hard for me to put into perspective that these wonderful, hard working and loving people could have been the progeny of their nations barbaric treatment.

And yet, looking at my own country, it is hard for me to believe that so many are so ignorant of the history of our previous generations treatment and sacrifice, as to allow this man to “represent” our great nation in such a despicable way. (Sorry, I cannot bring myself to write his name.  In case you did not follow, I am referring to BHO, the occupant of the White House.)

For further reading, start with this short article: http://listverse.com/2014/05/06/10-japanese-atrocities-from-world-war-ii/

For a list of my books and my resume, please visit, www.PhilBrewer.com 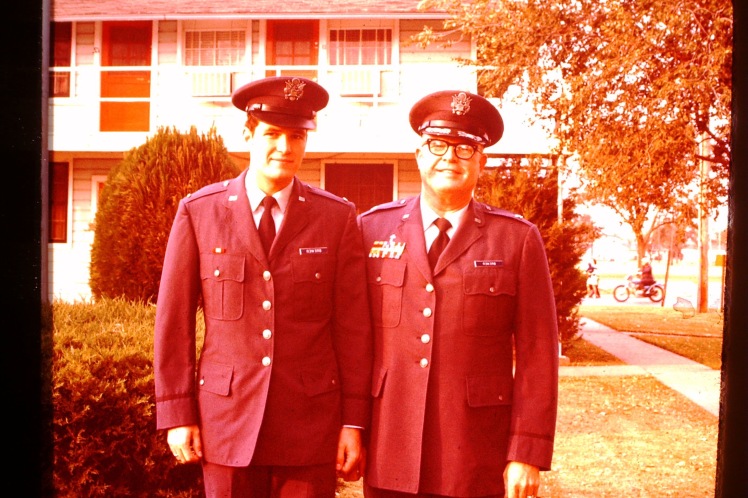 On Active duty USAF, with my Father, Chaplain, Colonel Doug Brewer. c1973 (I had not yet earned my pilots wings, but was privileged to be sworn in by my Father.  He was my hero in every respect.)  I apologize to his memory and the many others who sacrificed for our country, that we have now allowed ourselves to be represented in this way, and especially during our remembrance day, Memorial Day.